When a team has heart – by that I mean grit, determination, desire, mettle, and hunger – hope never dies.

As long as hope lives, anything is possible!

Last Friday night, fans of this year’s installment of #fightingindianfootball, witnessed a team with heart.

And, honestly, no one ever guessed that heart would be required to win this year’s district championship game.

But something special happened in between our coming in as favorites and going out as champs.

It wasn’t something every eye could see, but it was there!

Gut-Checks, Gridiron, and Gains in Life

The team experienced a small, but clearly felt, gut-check moment.  How they responded to this gut-check moment, continues to tell the tale of just how far this team will go as we head into what is going to be our longest and most successful play off run since 1981!

But there is even more at stake than how far we will go in the playoffs.  Last Friday night’s game may be an indication of how far in life these young men might go!

Only time will tell.

But, as one of my favorite 80/90s post-punk band sings, The Future’s So Bright, I Gotta Wear Shades!

END_OF_DOCUMENT_TOKEN_TO_BE_REPLACED

The past few weeks, temps have swelled above 90 degrees with humidity over 70% and a heat index that often makes it feel well over 100 degrees down here in South Florida.

Yet, throughout the South Florida region, football teams are running two-hour+ practices to get ready for the upcoming season.

Why expend so much effort during the most unbearable part of the year?

END_OF_DOCUMENT_TOKEN_TO_BE_REPLACED

Football, Formation, and Faith: What’s Practice Got to Do with Pentecost? Pt. 2

Community is experienced with one another only as devotion is practiced by one another.  This is clearly seen in team sports.  The practice of devotion is a lost art.

And though it’s lost, it’s easily regained.  Particularly by people of faith.

It’s also the sign and wonder that we are invited to experience by way of repetition (practice) and enjoy on a daily basis.

This is where football, for example, serves as a model of the type of devotion community demands.  To be a part of the team (community) one must be devoted to the demands of the team.  And, while football (among other team sports) can and does serve as a model or picture of community, it ultimately falls short of what the Gospel pictures and celebrates – particularly what the Gospel pictures and celebrates during the season of Pentecost!

What do Pentecost and Practice have in common?

Probably more than you’ve ever dared to imagine.

END_OF_DOCUMENT_TOKEN_TO_BE_REPLACED

Football, Formation, and Faith: Formation Happens Best in the Context of Community.

And, true while that may be, most communal endeavors – ones that contribute to lasting change – drink from a deeper well.

Team, or teamwork, is like the water that pours from the tap.

The reservoir below the surface is something more closely aligned with the experience of family.

Or, as a football player might express, “a brotherhood.”

The team that performs as a unit on the field, accomplishing the individual tasks in a way that supports the entire team’s goal, is birthed from relationships built over time by the bands of brotherhood.

As any athlete worth his/her salt will tell you, when looking back on their career, their achievements on the field can be credited, in large part, to the family or team that provided both the context and the challenge in which they could blossom and grow – over time – into the athlete and person they have become.

In a church and culture seemingly bent on worshipping at the altar of autonomy and individualism, perhaps we should reconsider the ramifications family involvement and commitment, particularly in relationships to formation.

As I’ve said in previous posts, Formation- lasting change over time -takes place within the context of community.

END_OF_DOCUMENT_TOKEN_TO_BE_REPLACED

Every high school football player knows that the goal is to win on Friday night.  That’s why they practice.  They repeat plays and schemes over and over and over again so that, come Friday night, they behave on and act from the habits they’ve developed in practice.

I’ve watched as the Defensive Coordinator and his staff, have run a particular defensive scheme over and over again.  At times, it seems, they’ve focused on one or two schemes for an entire practice.

Every team participates.  The first team gets the most reps, but the 2nd and 3rd teams get in there as well.  And, while this development is preparing them for Friday night, the astute coaches know that it’s also preparing them for life.  It’s teaching them that:

Those five outcomes will eventually seep into the blood stream and become part and parcel of who the player is becoming.  In short, they will contribute to the larger journey every young man is on: the journey of growing into a responsible adult ­– one who is a faithful man in his community, a faithful husband to his wife, and a reliable and dependable father to his children.

Yes, performance matters – especially on Friday night, when the lights are on.  And, while that’s never the end goal, it’s a way to mature and determine the path our life will take.  This is the place where we tend to lose the ball in the weeds.

Like most fans and parents of players, I sit in the stadium every Friday night.  When one of the boys misses a play, busts a route, or loses the ball, the fans go nuts.  You may even hear a choice word or two directed against the child you love.

The first three letters in the word fanatic are, after all, fan.  We get a little crazy.  Our reaction is directly related to our sole desire for our team to win.

Down on the field, however, the coaches’ reaction (though often no less animated) is as much about how the boy will respond given the next opportunity as it is about what the mistake caused in the moment.  This is subtle but important distinction between the two reactions.  One is totally focused on the moment; the other is completely directed toward the next play, moment, or opportunity the player and team will face.

The latter (exhibited by the best coaches) firmly corrects the player in the hope of a long-term accomplishment; the former (displayed by the fanatics) derides the player for his lack of performance and the loss it caused the team.  Indeed, development is honed in the crucible of performance but not measured in lone moments of mishap and failure.

Toward What End is Our Life Striving?

I’ve intentionally tried to accentuate the tensions that exists with football specifically, and sports generally, in modern America: They’ve become something we worship rather than something that develops our loves toward noble and truer ends than success, acclaim and popularity.

How I relate to sports (particularly my children’s involvement in them) will shape how I view them and what I learn from them.

In short, the attention we give to football begs the question: Toward what end is my life striving?  Or, perhaps a better way to put it, “Do we measure success by what happens on Friday night or by who the boys will become twenty years from now?”

I’m going to be paying attention to my son’s team.  I will be watching all summer long, in anticipation for the fall season.  I will pay attention to as many of the boys as I can and watch as our dedicated coaches teach them how to play a game that can, very well, help them become men.

As I do, I suspect that I’ll be surprised by the many who grow at a break-neck clip as well as those who seem to progress more slowly, perhaps with some level of difficulty.  But what I’ll try to be on the lookout for are those moments when manhood begins to take shape ­– moments when future employers, employees, husbands, fathers, and neighbors are being crafted.

In those moments, I will be quick to thank the coaches for their willingness to impart more than a game and the vision required to do so.

I’ll also say a prayer for the boy I see and the man I glimpse.

Football, only for those who have eyes to see, reveals this reality and points us in one direction or the other, depending on how we play the game. 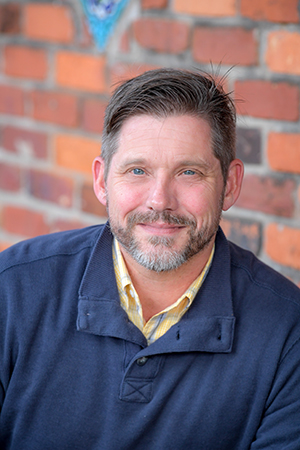